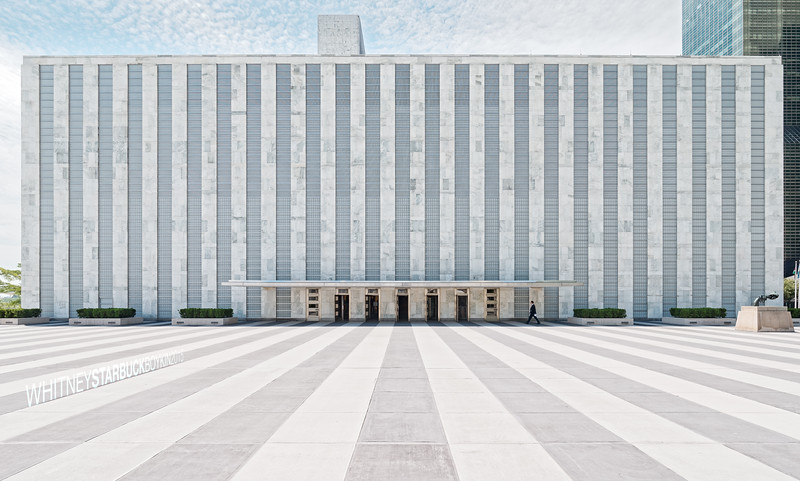 In restoring the United Nations General Assembly and Secretariat Buildings more than five decades after their construction, Evans Heintges Architects' priority was to lend so gentle a hand to the work that their efforts would be indiscernible despite extensive restoration. We developed a series of photographs reminiscent of those Ezra Stohler had crafted more than five decades earlier to demonstrate that everything of the building that had been still remained.

For the Nike® House of Innovation, Nike® and CallisonRTKL developed a cutting edge retail storefront that revolutionized the capabilities of architectural glass in order to manifest the creativity and energy of the Nike® brand. Because the architecture is the negotiation of transparency and distortion, we focused on photographing examples of this juxtaposition. 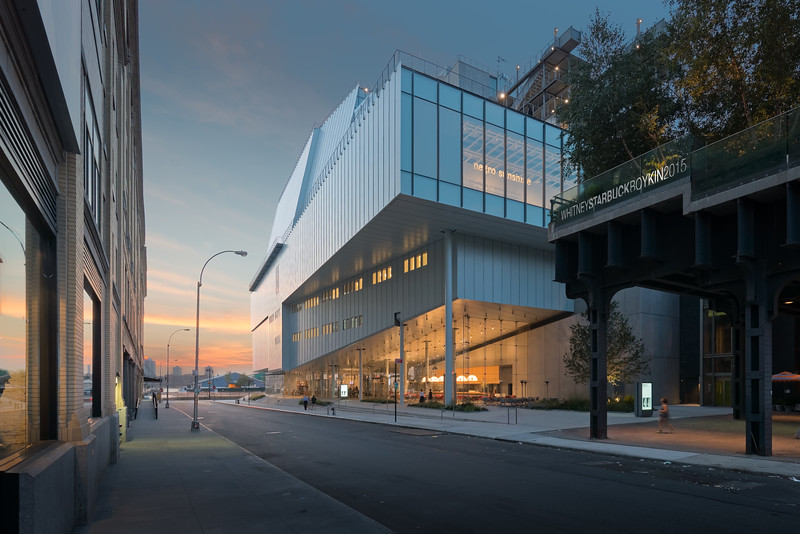 Despite having been maligned as New York's 'most disliked building,' the decision to move the Whitney Museum from the Breuer Building was not universally celebrated. Renzo Piano's vision for the Whitney's fourth home was to create, as he put it, 'social life, urbanity, invention, construction, technology, poetry, light—an immense rich bouillabaisse.' We focused on the openness of the ground floor with its yawning transparency and the museum's interface with the Highline to juxtapose Mr. Piano's egalitarian vision to the Brutalism of Breuer.

The Corning Museum of Glass is an amalgam of architectural styles agglomerated over six decades, all unified by their inventive use of glass as architecture. For the latest addition to the museum Thomas Phifer negotiated the spectrum of glass's transparency. We worked to represent this quasi-state with the materiality of the glass somewhere between transparent and translucent. 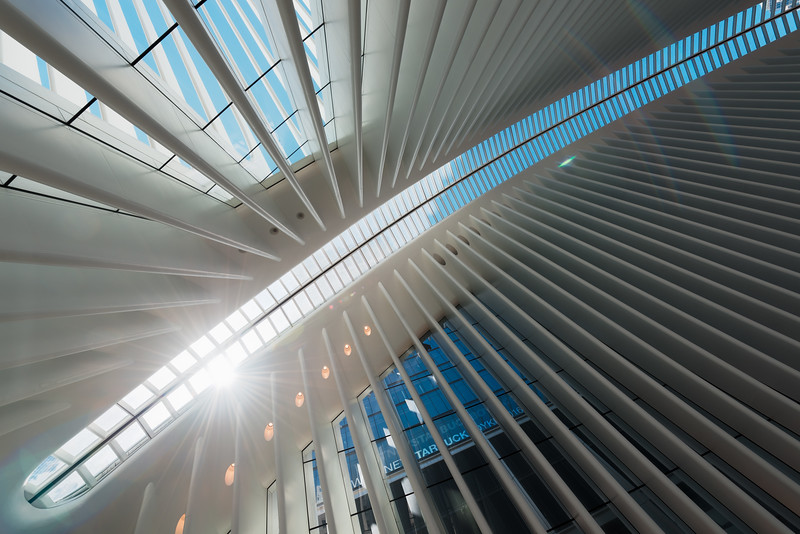 Envisioned by Santiago Calatrava to be soaring wings, the Oculus is one of the world's most iconic buildings, and presented a unique opportunity afforded by the Port Authority to photograph a building at various intervals of its construction. It's no surprise that photographing an active construction site is awkward, it is a pleasant surprise to realize how such a setting lends itself to more artistic photographs than are commonly the purview of architectural photography. 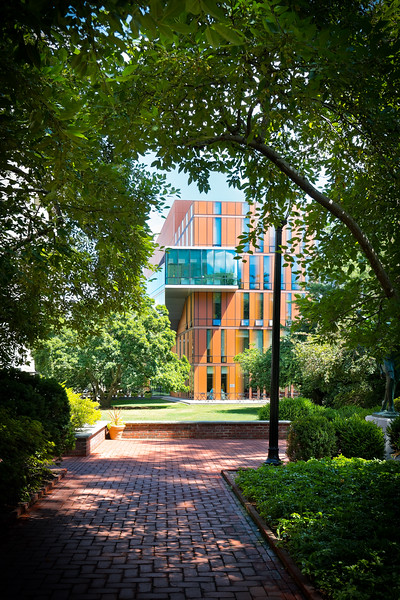 Barnard College, on Manhattan's Upper West Side, is a campus of classical brick buildings. For the Diana Center the Board of Trustees worked with Weiss/Manfredi Architects to design a forward looking building that was not 'a space ship' landed on the campus. Weiss/Manfredi challenged the assumption that glass is glossy and reflective and antithetical brick by designing layers of ceramic frit and acid etch to dull the surface of the glass to a matte luster. We worked to represent this novelty of the glass with the falloff of reflections across the facade.

Museum of Arts and Design

The disused 2 Columbus Circle building designed by Edward Durell Stone in the 1960s was reinvested as the new home of the Museum of Arts and Design in 2013. Whereas the original design may have seemed dull to some, once carved up by Allied Work's intervention of winding glass ribbons, the facade has become evocative of the energy and pace of New York's Columbus Circle. Photographing the building takes advantage of that activity, and offers a peek into Robert on the 9th floor.